Arcade games originate from coin-operated machines. This is a unique genre of games, it includes games with simple controls, where the gameplay is simplified and controls include a few buttons or a joystick. Arcades include all kinds of simulators with simple controls, such as fightings, shooters or racing games. Arcades as a rule, are mostly played on consoles and online, but not on PCs. The truth is there are always exceptions. Sometimes the game falls under the definition of an arcade can be referred to other genres, most often this is done for the convenience of search. So it is easier to find them among the vast diversity. Racing mostly really simple by its nature. All you need to do is to drive on the road and complete certain distance or a lap as fast as possible. Also players must collect all bonuses and prizes on their way to improve the results. Very simple but yet very exciting and this is why it still remains one of the most popular genres out there.

The Black and White 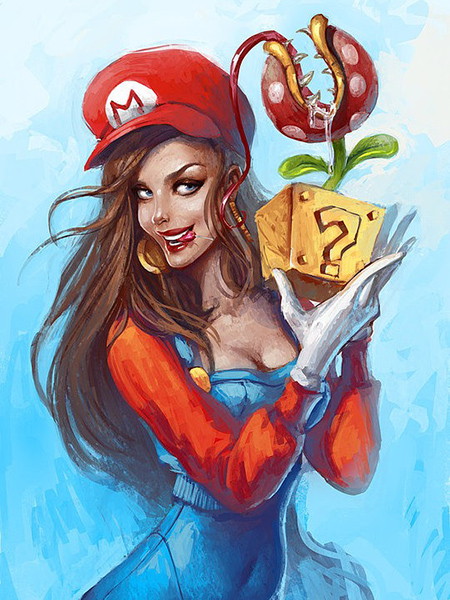 The whole idea of fighting can be described with a simple phrase: Fear not the one who knows combo attacks, but the one who knows only one attack. This is why fighting games belong to this genre, the controls might require more than a couple of buttons, but the simplicity is obvious. I think most of you will remember Tekken and Mortal Kombat, they are excellent examples of arcades. Platformers are also arcades, perfect example is Temple Runner or Super Mario series. In platform games player has to collect prizes, jump over obstacles or run around them and dodge enemies. As a rule main character is running on different platforms and jumping from one to the other, hence comes the name. Side scroller is another subspecies of the arcades, where main character is in the center of the screen, which is continuously moving in a certain direction. On your way you stumble upon enemies or bonuses, you need to kill enemies and collect bonuses accordingly. In fact side scrolling games are very similar to arcade platformer. Shooter is the last subspecies, everything is quite simple here aim and shoot, usually nothing more to do. Sometimes you need to reload. Shooters usually have limited movement or you can not move at all. Therefore they are referred to this category as well. But as was mentioned earlier, some of these subspecies may be referred to a different genre for convenience purpose.

History of arcades perhaps is the oldest, in fact retro arcade games founded video games in general both on consoles and PCs. It all started out small and gradually grew into something big. First arcade was an experiment for the study of artificial intelligence. The scientists first began to create video games in the 1950’s. Naturally they haven’t received any popularity and publicity, due to the cost of computers of the time, and due to their incompleteness. Though first arcades were already presented in 50’s and 60’s at science fairs. One of the first games were drafts, Tennis For Two (1958), and Spacewar (1962) were first examples. They were for two players, where players had to play against each other. By the way Spacewar was the first game to be sold and which went to mass production so the company DEC preinstalled it on its computers. It was available for students of US universities, which were equipped with DEC computers This is how classic arcade games were born. In 1971 Magnavox company releases its Odyssey console, with the first arcades available to the general public for a modest sum of 100$. Some of them were pre-installed, and the rest were sold separately. Thus began the era of consoles. In 1972 Atari creates coin-operated machine with only one game called Pong and this was the first real success of arcades. It was very simple and was based on tennis. At the end of the 70’s and in early 80’s gaming industry experiences golden age of arcade video games. During this period this type of content becomes popular among a wide audience. Games are widely discussed on television and in the newspapers, and the profits of the companies that produce them and consoles reach billions of dollars a year. Space theme is the most popular at this period. In 1980 Pac-Man became real hit and boosted the market. During the early 80’s arcades are already classified into others subcategories like shooters, fightings etc. It goes without saying that arcades continue their development until now, but in a slightly different way. In the 90’s and the 00’s they became more spectacular and made a final to switch to the consoles. And then they begun to migrate online, and eventually ended up on our site.

We make every effort to find the most popular and interesting arcades for our visitors. There is a great variety of this content, but most of it is far from perfect, and generally are not interesting. We play our games and thus relieve you of any searches. All you need is already here. As a genre arcade online can be very interesting to children, because of its simplicity and accessibility. Any child without difficulty and without long explanations will be able to immediately play any arcade. Of course, sometimes the complexity of the game will not allow the child to fully enjoy it, but we take care of all our users. But for that matter we usually have detailed description as well as controls explanation. So in that case you can figure out what really suits you and you are capable of playing. Enjoy playing free arcade games.