Use arrow keys to play this game and press N to break. 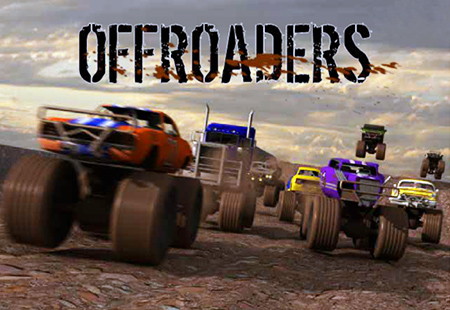 Offroaders game is fun and easy

It is absolutely simple to play Offroader, but great fun all the controls are carried out with the help of cursor keys, use C as handbrake to go into sharper turns. Space enables the acceleration that will give crazy speed on straight parts of the track. Collect cash bonuses to purchase new and more powerful cars.

In general Offroader games are very primitive, that’s why it gets only more interesting. As always you have to start small, but that does not make the game less exciting. The only problem is to understand how to cope with controls. The fact that the camera is always moving, and controls remain the same at first can be confusing. But after a while you start to slowly get used to it.

All in all there are 10 races in Offroaders that open as you pass the game. Also in each race you earn money, then to buy a new, faster car. With each purchase Offroaders becomes more interesting. Do not forget to collect cash bonuses scattered across the track and at the same time try to go around the cones. Properly allocate your nitro, better use it on straight parts of the road to avoid skidding.

You will absolutely love this game

Of course, the developers of this game took care of some nice things. So in addition to the passage of the races or tracks, you have to set all sorts of records, which make the game more diverse. You can set the lap record, to become a leader, set the speed record and the longest flight, make a turbo start to overtake a large number of opponents, as well as open a supercar. You can also open all the cars and make a jump through a burning circle. As you can see, you will have things to do.

Simplicity of Offroaders online is its main trump card, which can give you many hours of fun playing. The graphics in this flash game is quite primitive, but it is not important, more important is its gameplay. Your time has come to play it.